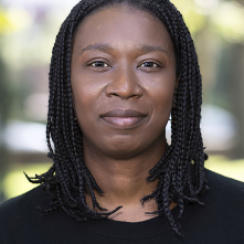 Claudrena HAROLD (USA) is a professor of African American and African Studies and History at the University of Virginia, Charlottesville. In 2007, she published her first book, The Rise and Fall of the Garvey Movement in the Urban South 1918-1942, in which she documents the history of Marcus Garvey's Universal Negro Improvement Association. In 2013, Harold started collaborating with her colleague and filmmaker Kevin Jerome Everson on U of Virginia Charlottesville, VA 1976. Since then, they directed several short films which screened at international festivals including IFFR, BFI London FF, Berlinale, Edinburgh IFF, Viennale, Porto Post Doc, Curtas Vila do Conde and Chicago International FF.