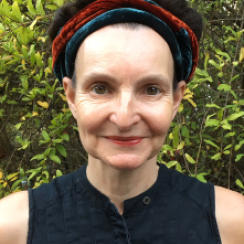 Charlotte PRYCE (1961, UK) has been making experimental films, photographs and optical objects since 1986. She also started producing magic lantern shows. She was educated at the art academy in London, her home town. Afterwards she emigrated to America, where she earned a master's degree and taught in Chicago and San Francisco. Currently she teaches experimental film at Calarts (California Institute of the Arts) in Los Angeles. In 2013 the Los Angeles Film Critics Association honoured her with the Douglas Edwards Award for best experimental cinema achievement. In 2019 IFFR has a Deep Focus Short programme of her work.