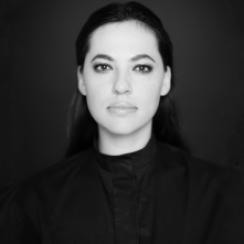 Caroline MONNET (1985, Canada) is a visual artist and filmmaker from Outaouais with Algonquin, Québécois and French roots. She now lives and works in Montreal. Following her studies of Sociology and Communication in Ottawa and Granada, she made a name for herself working in film/video, installation, printmaking and sculpture. Her work has been exhibited globally, including the Palais de Tokyo (Paris), Haus der Kulturen der Welt (Berlin), TIFF, Sundance and Cannes. In 2016, she was selected for a Cinéfondation residency in Paris. Monnet also co-directed the omnibus film The Seven Last Words, which premieres at IFFR in 2019.