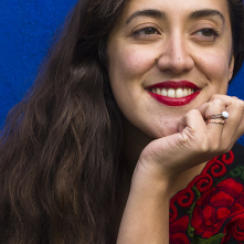 Camila José DONOSO (1988, Chile) directed several shorts and video performances after her film studies. For her first feature, Naomi Campbel (2013), Donoso and co-director Nicolás Videla received the prize for Best Documentary at Cinema Tropical in New York and got the chance to exhibit the film at Lincoln Center in the Art of the Real Film Festival. Her second film, the documentary Casa Roshell (2017), was screened at several international film festivals. Nona. Si me mojan, yo los quemo/Nona. If They Soak Me, I’ll Burn Them premieres at IFFR 2019.