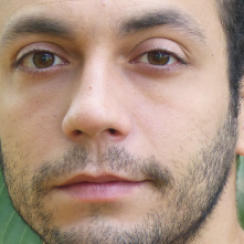 Caetano GOTARDO (1981, Brazil) studied Cinema at the University of São Paulo and is a filmmaker, writer and actor. He has directed several short films. One of them, Areia/Sand (2008), screened in Cannes' Critic's Week. He works in theatre as an actor and writer and is also part of a cooperative of filmmakers, called Filmes do Caixote, in São Paulo. O que se move/The Moving Creatures (2013) was his first feature film, and it won several prizes, including Best Film at Lakino in Germany, the Semana dos Realizadores in Brazil and the Hollywood Brazilian Film Festival. His short film Merencória/Let the Storm had its international premiere at IFFR 2018.