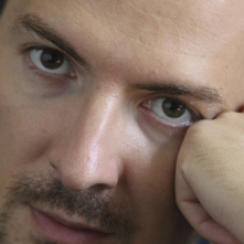 Bogdan MIRICĂ (1978, Romania) studied Journalism and Communications at the University of Bucharest. He worked as a publisher, editor and novelist until 2005 and then studied screenwriting and film production at the University of Westminster in London, before starting a career in film. After writing several scenarios, he directed his first film, Bora Bora (2011). His feature film Câini (2016) received the FIPRESCI award at Cannes International Film Festival.