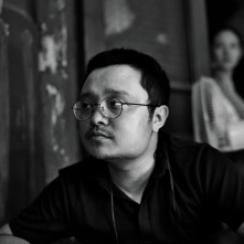 BI Gan (1989, China) graduated in Directing in 2011. Kaili Blues (2015), made in his hometown in Southwest China, is his first feature film. It won the awards for Best Emerging Director and a Special Mention for Best First Feature at the Locarno Film Festival. Long Day’s Journey Into Night (2018), an international co-production between China and France, premiered in Cannes.