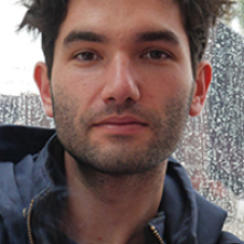 Beny WAGNER (Germany, 1985) graduated from Bard College in New York in 2008, and has since gone on to exhibit internationally with his short films and art installations. He focuses on the modes of mediation between the self and its surroundings. Invisible Measure (2013) was his first project involving film. Eye Farm (2016) is his most recent film project.