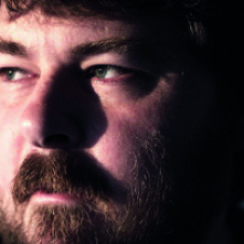 Ben WHEATLEY (1972, UK) started his career in commercials and made several television series for the BBC and Channel 4. Together with his wife Amy Jump, he founded Mr and Mrs Wheatley, a production company for directing, editing and writing. Down Terrace (2009) was Wheatley's debut feature, followed by his second feature Kill List in 2011. Following High-Rise (2015), Free Fire is his sixth film. His work has received numerous international nominations and prizes.