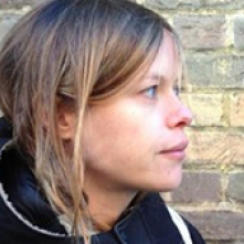 Artist and filmmaker Beatrice GIBSON (1978, UK) holds an MA in Philosophy and is based in London. Her work explores the relationship between music and film. She focuses in particular on experimental notation of music and the link between the scored and the scripted. In 2012, Gibson gained her PhD in Visual Cultures at Goldsmiths Centre for Research Architecture. In both 2009 and 2013, she won a Tiger Award for short film at IFFR.