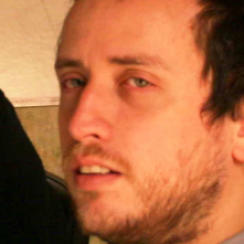 Ayar BLASCO (1975, Argentina) was born in Buenos Aires, but lived in Ecuador until 1983. He was educated in Animated Film at the Instituto de Artes Cinematográficas of Avellaneda (Argentina). Blasco is a scriptwriter, cartoonist and comic book artist. He worked for several underground comic magazines and is co-founder of the production company Malcriados (together with Juan Antín). They produced a number of short films, including the TV series Mercano el Marciano. In 2001, Malcriados produced its first feature film, also named Mercano, el Marciano. The Sun (2010) is Ayar's first animated feature film as a first and only director.