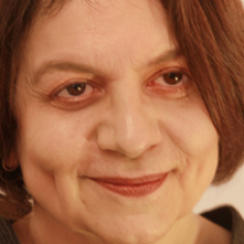 Anthea KENNEDY (b. 1952, London) completed her film training at the Royal College of Art, School of Film and Television in London. Her films have been screened at various international festivals. Since 1977 she has cooperated a lot with Stephen Dwoskin. She is a lecturer on 16mm film in London.