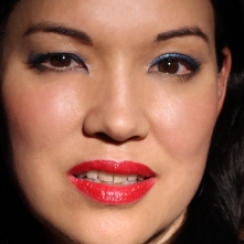 Anna BILLER is an artist and filmmaker living in Los Angeles. Besides a number of short films, she has completed several full-length stage musicals. Biller is known for her use of various film genres, humour, burlesque, the role of women and her colourful, stylised sets and costumes, which she creates herself. Viva (2007) was her first feature and premiered at IFFR. The Love Witch (2016) is her second feature.