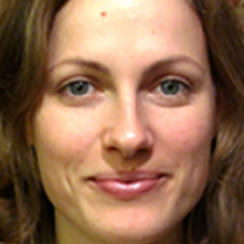 Anja DORNIEDEN (1984, Germany) is a visual artist based in Berlin. Since 2010, she has been working with the Colombian artist Juan David González Monroy under the moniker OJOBOCA. Their body of work consists of short films, performances, installations and workshops. OJOBOCA has presented its works internationally at a wide variety of venues. Both Dornieden and González Monroy are members of the artist-run film lab LaborBerlin.