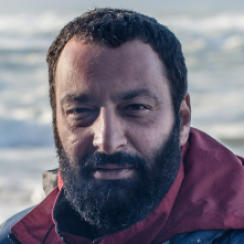 After making several short films and a video series inspired by the Arab Spring of 2010, independent filmmaker Ala Eddine SLIM (1982, Tunisia) made his multi-awarded documentary Babylon (2012). His first fiction film, The Last of Us (2016), is a further exploration of themes that have occupied him since the Arab Spring; it was awarded at the Venice Film Festival. In his own words, Tlamess (2019), marks the end of a cycle of films dealing with “the problem of borders, imaginary places, illegality and seclusion”.