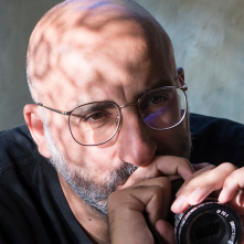 Ahmad GHOSSEIN (1981, Beirut) is a visual artist and filmmaker. He studied Theater at the Lebanese University in Beirut and Visual Art at the National Academy of Art in Oslo. For his debut, the short film Operation Nb he won Best Director at the 2004 Beirut International film Festival. His 2011 short film My Father is Still a Communist: Intimate Secrets to be Published screened at the Berlinale and the MoMA, among others. All This Victory (2019), his feature film debut, won the Grand Prize and the Audience Award at the Venice International Film Critics's Week.