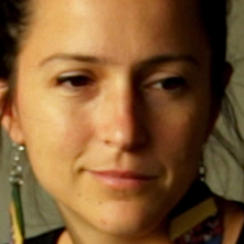 Adriana VILA GUEVARA is a Venezuelan filmmaker, artist and anthropologist. Her work moves between the realms of confessional ethnographic studies and film experimentation using different formats (video, super8 and 16mm) and exhibition forms (projection, performance or installation). She holds a Doctorate in Anthropology from the University of Barcelona and teaches documentary and experimental filmmaking at several film and art institutions, as well as photochemical laboratory practices. In 2014 she co-founded Crater-Lab, a laboratory for independent analogue film. Her first documentary feature Belen premiered at FIDMarseille in 2016. Even Silence Is Cause of Storm, co-created with Luis Macias, was performed as part of the sound//vision programme of IFFR 2017.