A “global breakthrough of immeasurable proportions” said The Hindu, not wasting the opportunity to celebrate the first award at Cannes for a film from Pakistan. Saim Sadiq’s debut feature Joyland had just picked up the Jury Prize in the Un Certain Regard section at the 75th Cannes festival, making it also the first such prize winner from the subcontinent. Sana Jafri – performer, director and producer based in Lahore – pitched in as a co-producer, first assistant director, and casting director in her typical hands-on style. She took part in the Rotterdam Lab producer training programme at IFFR 2022 and checked in with us as she returned to Pakistan after a jubilant Cannes experience.

“I Googled what an assistant director was supposed to do.”

“It was the most fun I've ever had and the most anxious I've ever been”, she said of the experience working on her first feature. Her relationship with director Saim Sadiq went back to his earlier short film, The Caretaker (2017). “I was actually going to audition for a character because I used to do theatre. He's like, yeah, you're selected. But could you help me out with this, and this, this…” One thing led to another, spurred on by her natural enthusiasm, and he asked if she would be his assistant director. “I said of course! I went back home, and I Googled what an assistant director was supposed to do. I had no idea but whatever he was creating, I was so interested in it.”

Darling came next, Sadiq’s thesis film for his degree at New York’s Columbia university. “He contacted me, he sent me the script, and told me ‘you're gonna cast.’” Sadiq was developing the same themes as he would work with in Joyland, exploring societal roles through the life of a trans character. Jafri had plenty of experience here, having worked closely with the Lahore trans community during her time working in theatre. Through an event run by an NGO, she discovered the actress who would star in both the short and the feature.

“This girl needs to be seen by the world.”

With a budding creative relationship between herself and Sadiq, Jafri was quite happy continuing to work as assistant director. “I didn’t want to produce, to be this business person who controlled the money and finances. I’m a creative person!” she said in jest, admitting the irony in her preconception about the role. Nevertheless, she ended up producing a few shorts herself, and when the time came to start on Joyland, Sadiq asked for her help. “Him and the main producer were in New York, so we needed someone in Pakistan, who could meet the crew, do all the managerial work. Because I had been working, I knew who was the best.” 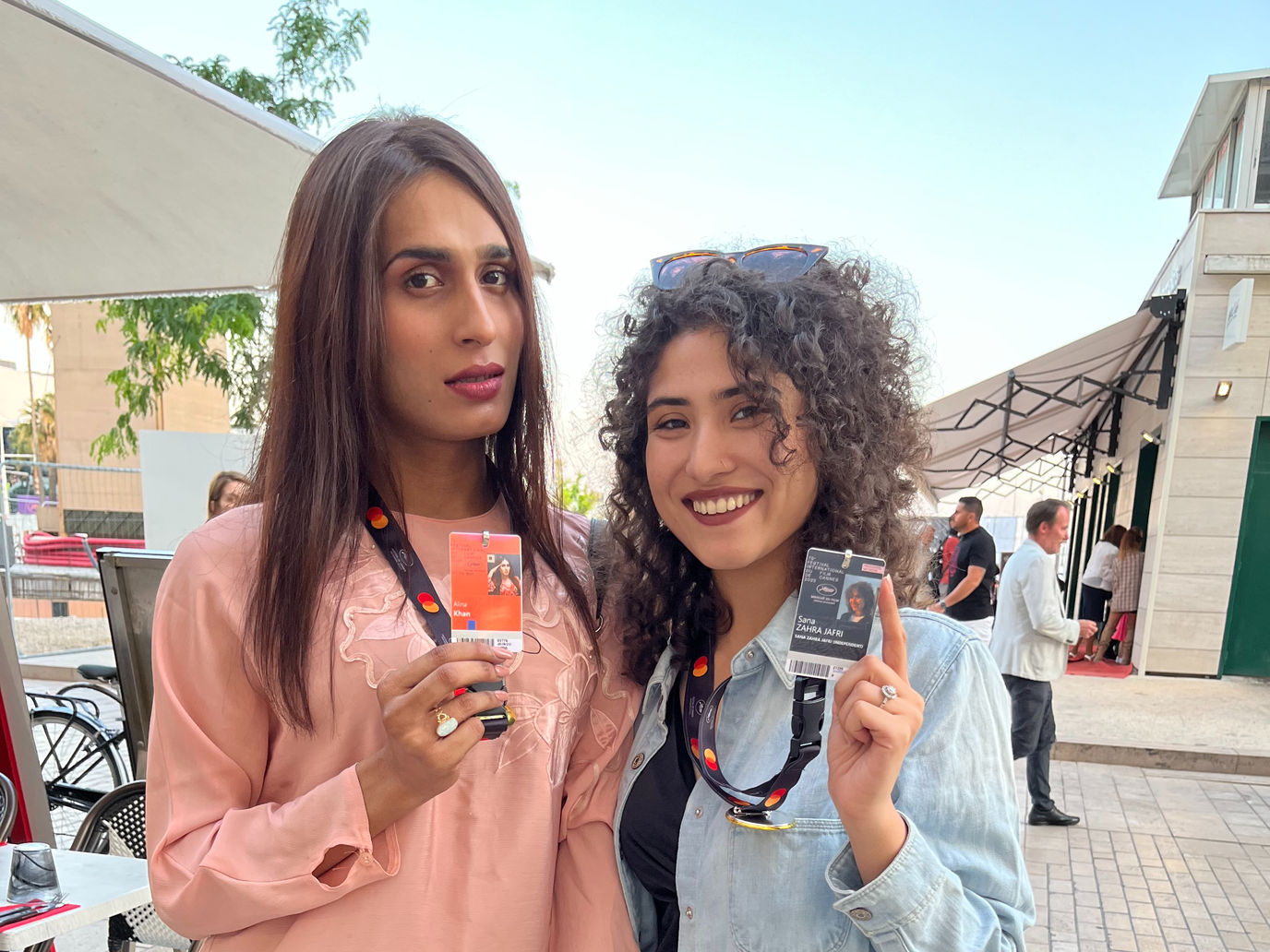 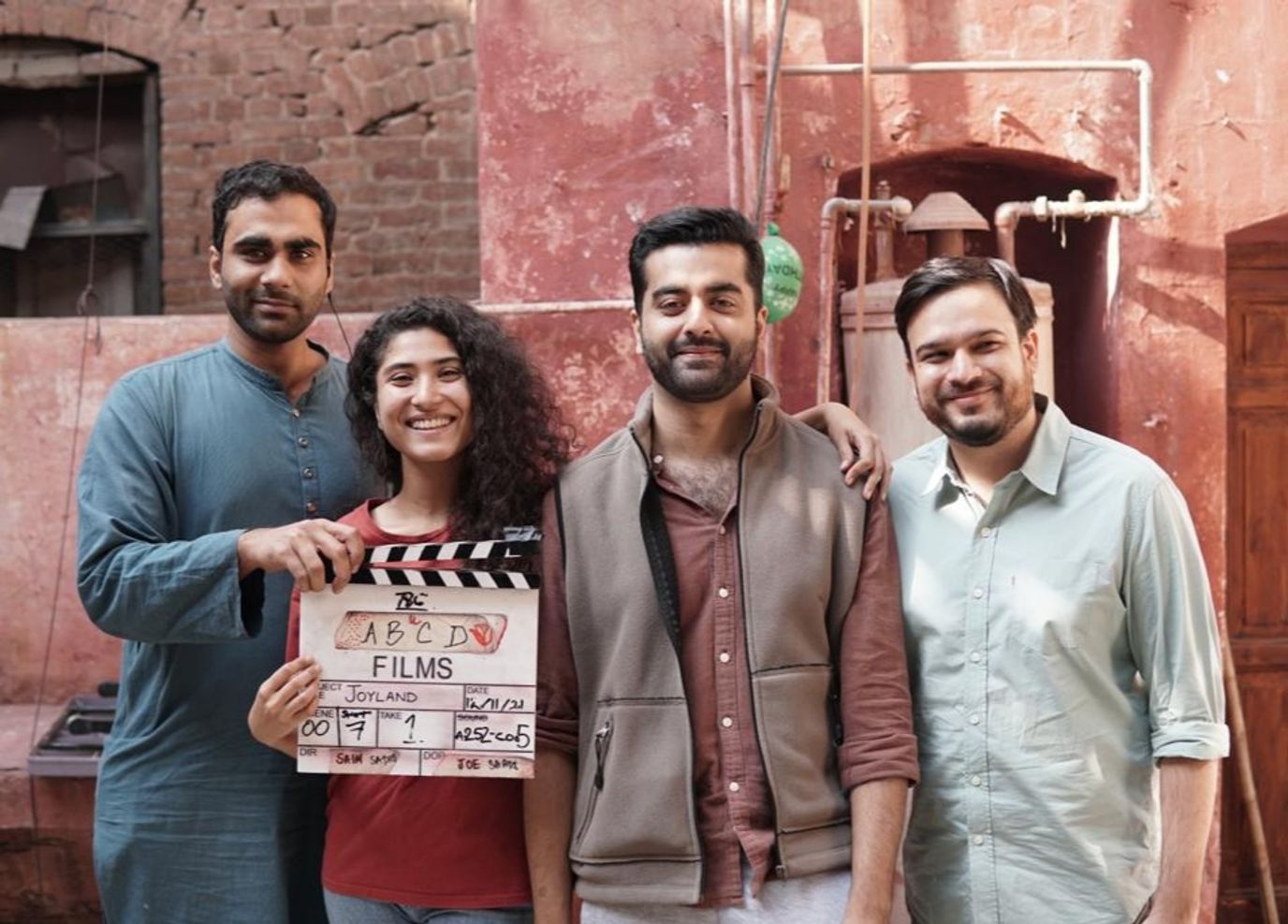 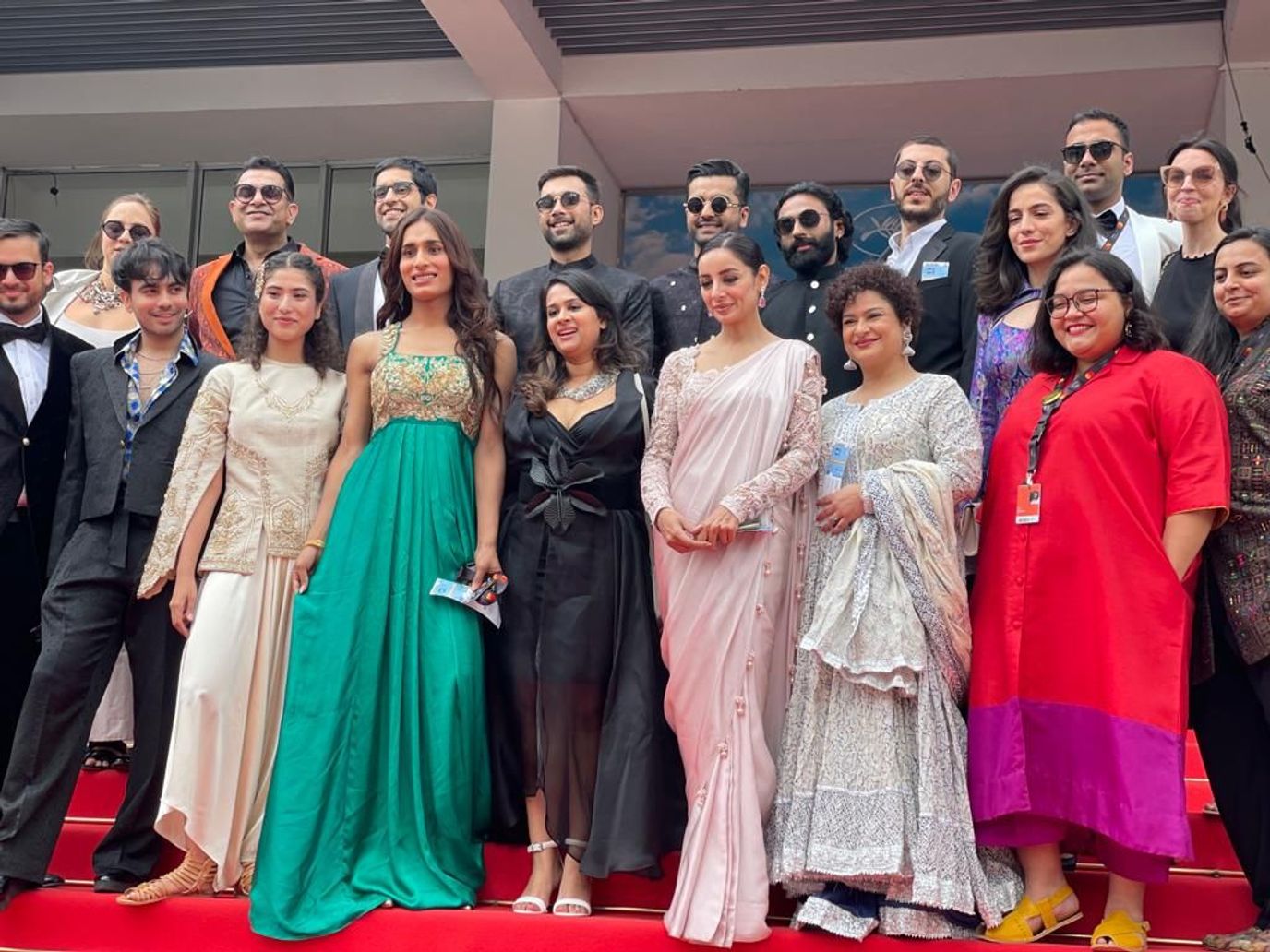 Joyland team at their Cannes premiere 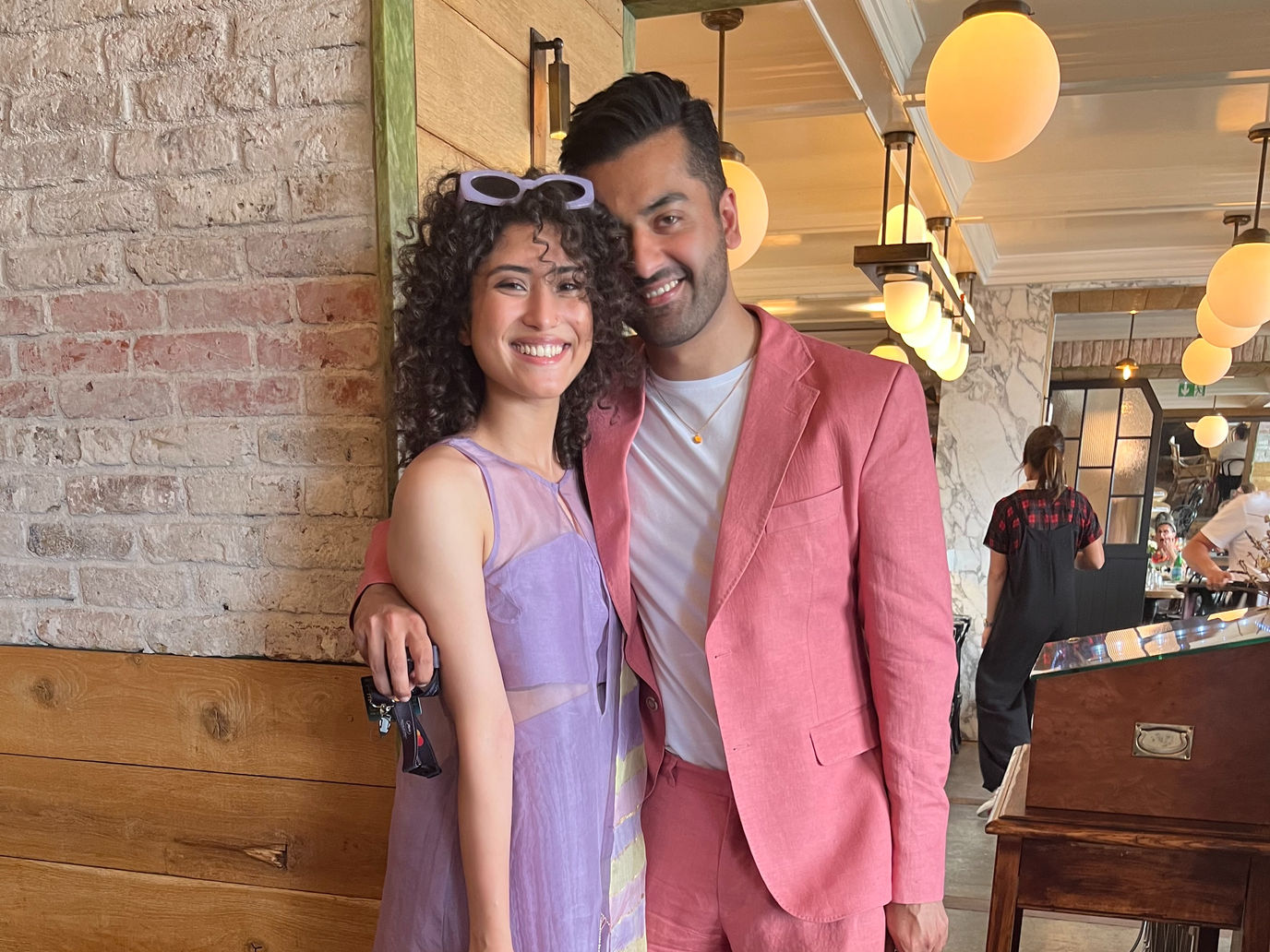 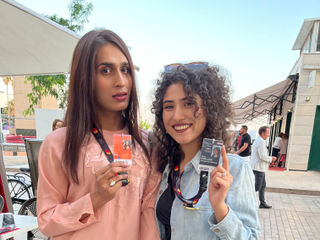 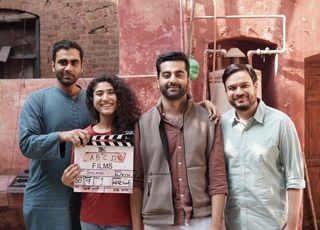 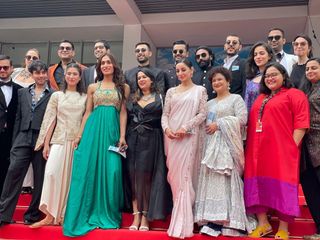 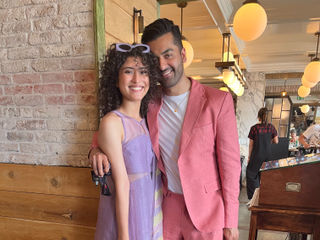 “We're all trying to fight our desires.”

Joyland explores the suffocating control of a patriarchal family grappling with the conventions of Pakistani society until the youngest son becomes a backing dancer and falls in love with a trans woman. “It is about repressed emotions, about how we're all trying to fight our desires, or fight who we are, just to play all these different roles.” Three weeks before the shoot, the assistant director had a family emergency and couldn't make it anymore so Jafri ended up being assistant director as well. “I was stressed the whole time. But I just knew that we had to make it work. I couldn't sleep all night, and I would make a list of every single thing that could possibly go wrong.”

Not very much went wrong in the end. “Taboo-tackling Pakistani film makes history” reported Aljazeera, who described how Sadiq sobbed as the audience gave the premiere a standing ovation. “I just said one thing to him: thank you for making us brave.” Jafri recalled. “Because we did need bravery to be able to pull this off. Whatever the script is about whatever it's saying, it represents all of us, it is all of us.”

The film marks a bit of a watershed moment in the history of Pakistani cinema, not least because it's the very first to be selected for Cannes. This kind of track record for the national cinema meant there weren’t many cinematic inspirations to draw from, according to Jafri. “When I would go to the cinema, I would look at everything and I just would not connect.” The main culprit she says was “Bollywood rip-offs”, made with lower budgets following out of date trends. “I was just like, no, this is not us. It's all a lie. This is not our story. So who is telling our story?”

Jafri’s brother, who studied cinematography at the London Film School, introduced her to the kind of cinema she could connect with. “I wanted to find films that felt closer to home. And that's what I found in Asghar Farhadi.” The Oscar-winning Iranian director is famed for his domestic dramas which in their subtlety interrogate a repressive society. “Just because we're not allowed to talk about certain things does not mean we can’t show it”, Jafri learnt. “We can still do it, but we just have to be really smart about it.”

“Thank you for making us brave.”

Being smart about it is what the young producer is all about now. For Jafri, “navigating through censorship on art and film” is one of the main challenges of working in the Pakistani film industry. “We have this big fear whenever we are creating something that might never come out, you know?” The situation isn’t necessarily improving either. In 2019, director Sarmad Khoosat won the prestigious Kim Ji-seok award at Busan for Circle of Life, a film about a conflict between a man and his daughter. Despite clearance from various censorship boards, the film’s trailer (not the actual film, since no one could see it, Jafri reminds us) was met with clerical outrage and the director even received death threats. Mohammed Hanif detailed the absurdity of the episode for The New York Times. “A good film was finally coming and it got banned,” Jafri reflected. 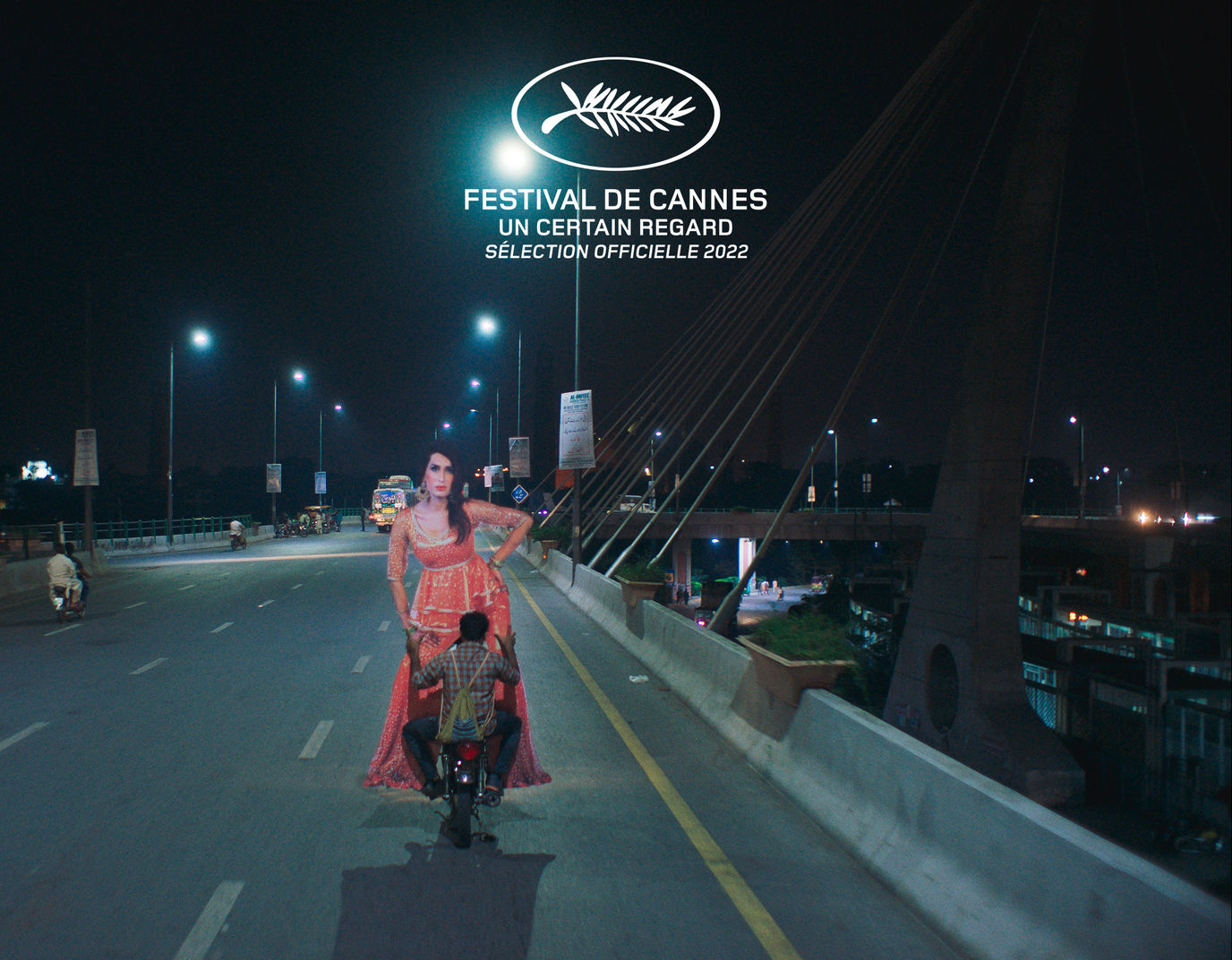 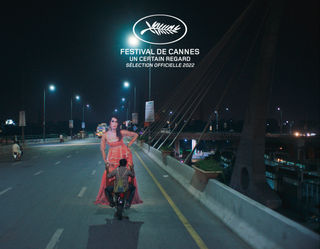 Creativity is very difficult if you’re constantly worried about censorship. “Your brain gets restricted, your thoughts get restricted, you just start to shrink as a person and you can't think creatively.” Her words to Sadiq at the premiere of Joyland – “thank you for making us brave” – read all the more significant. Bravery is increasingly common amongst Pakistan’s young creatives, Jafri says. With international coverage of these censorship scandals, backlash, and recent success at international festivals for Pakistani films both short and feature, there is a growing community of artists who are working together.

“When I came to Rotterdam, and I shared my ideas, I felt like I could breathe again. For a small period of time, I could at least write knowing that no one's going to censor me.” Jafri was nominated by the Documentary Association of Pakistan to attend Rotterdam Lab in 2022, a training programme for young emerging producers hosted during IFFR. The experience was an affirmation of the direction she’d been moving in. “It made me realise that I need to be in a space where I have like-minded people around me, where I can bounce off my ideas. I really want to be in a space where people are just talking about film, making films, and everything is just about films – hearing what others have to say, and what's happening in their lives.”

Jafri now plans to do a master’s in film, to expand her knowledge and gain an international network, something put in motion by her experience in Rotterdam. In the meantime, she’ll be working with the Joyland team to push for its release in Pakistan. “It was playing in Sydney so the local Pakistani people went along, and it got a standing ovation there as well. People are like this, this is our cinema. We will do everything it takes to release it in Pakistan.”

Find out more about Rotterdam Lab