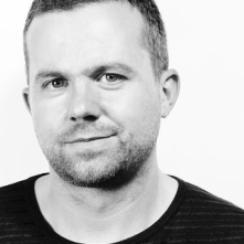 Yann GONZALEZ (1977, France) is an artist, filmmaker, writer, director and producer. He directed several short films before turning to full-length features with his award-winning debut You and the Night(2013). Islands (2017) won the Queer Palm – Short Film at Cannes film festival in 2017. The band M83, with Yann’s brother Anthony Gonzalez as front man, wrote the music for You and the Night and Knife + Heart (2018). The latter won four nominations and two awards, including the Prix Jean Vigo. Gonzalez’s work is a surreal blend of neon lights, nocturnal vibes and queer characters.