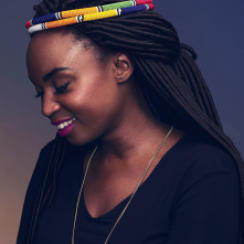 Wanuri KAHIU (1980, Kenia) is a filmmaker and founder of AFROBUBBLEGUM, a media company that supports the creation of African art. Her first feature film From a Whisper (2008) won the award for Best Narrative Feature at the Pan African Film Festival in Los Angeles 2010, and five awards at the African Movie Academy Awards. In 2010, Kahiu’s short science-fiction film Pumzi had its world premiere at Sundance Film Festival, and won the Award of the City of Venice at the Venice film festival. Rafiki (2018) was selected for Un Certain Regard in Cannes, and was also nominated for Cannes' Queer Palm.