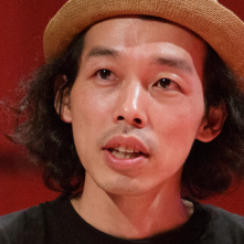 Director UEDA Shinichiro (1984, Japan) formed his film company Panpokopina in 2010, and to date his short films have received numerous festival awards. In 2015, he made his commercial film debut with a short film, Neko manma, in an omnibus film project. With his personal slogan of "making films which will still be fun after 100 years", he continues to create films with high entertainment value. His feature debut One Cut of the Dead (2017), a micro-budget zombie comedy, had a sensational box office receipt of more than 1,000 times its budget. Special Actors (2019) is having its international premiere at IFFR.