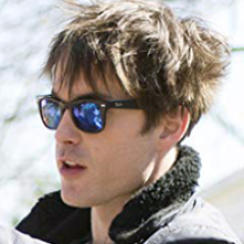 American filmmaker Thomas MATTHEWS featured as an actor in three seasons of the HBO TV series The Newsroom, and the films American Hustle (2013) and Joy (2015). He is a founding member of The Attic Theater Company. He co-directed his debut Lost Holiday (2019) with his brother, Michael.