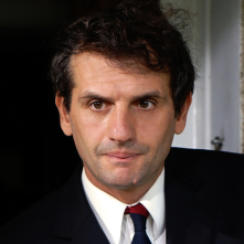 Serge BOZON (1972, France) is filmmaker, film critic and actor. He acted in different movies from well-known directors as Jean-Claude Guiguet and Jean Paul Civeyrac. He also directed the short Mods (2002). His debut feature La France (2007) was awarded with the Prix Jean Vigo, the award for best debut feature film in France. For his film Mrs. Hyde (2017) he used his own experience from working as a high school teacher.