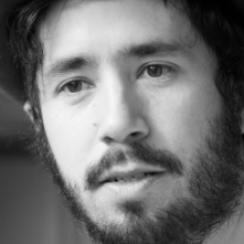 Visual artist, editor and director Sebastián HOFMANN (1980, Mexico) received his Bachelor degree from the prestigious Art Center College of Design in Pasadena and attended a masterclass in Script Writing with Todd Solondz. His work was exhibited in New York, Sydney, Berlin and Rio de Janeiro. He has made numerous experimental short films and music videos for the Mexican underground scene. His feature film debut Halley was screened at IFFR 2013, as well as his internet series Los micro burgueses. In 2018, his second feature Time Share was released.