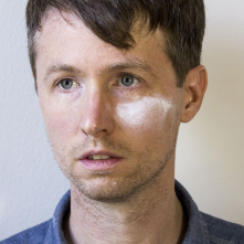 Scott CUMMINGS (1977, USA) is a New York-based filmmaker. In 2004, he graduated as a film director from the California Institute of the Arts. He is known for his experimental short films. The Buffalo-born filmmaker edited It Felt Like Love, which was screened at the 2013 edition of IFFR. Cummings was named by Filmmaker Magazine as one of the 25 New Faces of Independent Film in 2014.