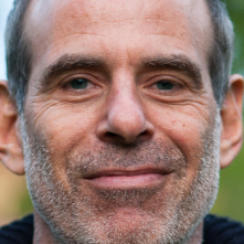 Samuel MAOZ (1962, Israel) started making films when he received an 8mm movie camera at thirteen. He worked as a soldier, but after the Lebanon war in 1982, he trained as a cameraman, finishing in 1987. He then worked as production designer and documentary filmmaker. For his feature debut Lebanon (2009), a script based on his own traumatic experiences as part of a tank crew, he received the Golden Lion Award in Venice. Maoz' 2017 film Foxtrot won the Silver Lion in Venice and won the Ophir Award for Best Film, also becoming the Israeli entry for the Best Foreign Language Film at the Oscars.