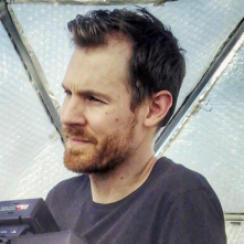 Video-installation maker and performance artist Sam SMITH (1980, Australia) lives and works in London. His installations and performances have been seen around the world, including in the Whitechapel Gallery in London, Art Gallery of New South Wales in Sydney and De Appel arts centre in Amsterdam. His experimental documentary Lithic Choreographies (2018) was produced as part of spaced 3: north by southeast, a two-year residence and production programme led by International Art Space in cooperation with Sweden’s Baltic Art Center.