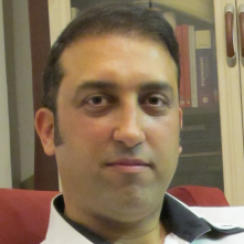 Writer and filmmaker Nouri SAEED (1974, Iran) studied theatre and film directing at the Sooreh Institute and the University of Art, Tehran. He continued his studies in France, obtaining a PhD in cinema studies in 2013 in Versaille. His cinematographic research has led him to interview hundreds of Iranian filmmakers, as well as having several books published. In 2012 he returned to Iran, researching Iranian film history. Sifting through 10,000 hours of film in order to highlight women's film roles between 1932 and 1997 gave him enough material for directing Women According to Men (2020).