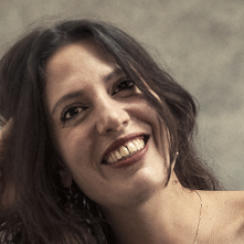 Sacha POLAK (1982, Netherlands) is a director and screenwriter. Her feature debut, Hemel (2012), played at the Berlin International Film Festival and won the FIPRESCI award in Venice. Her second feature, Zurich (2015), also screened in Berlin and won the C.I.C.A.E award. Dirty God (2019) is her English language debut and the first Dutch film ever to have been selected for the Sundance main competition.