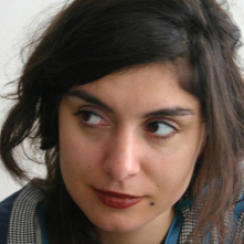 Rosa BARBA (1972, Italy) was educated in theatre and film in Germany, first in Erlangen and then at the Academy of Media Arts Cologne. She's been expanding her knowledge actively since, through residencies and a doctorate. Barba's body of work consists of films, installations, performances and publications. Her film works are situated between experimental documentary and fictional narrative, and often focus on film's materiality, composition, natural landscapes and man-made interventions in the environment. Barba has received multiple awards and exhibits in galleries and museums in Europe and beyond.