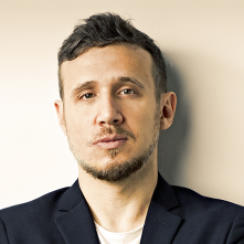 Photographer, filmmaker and music producer Roberto MINERVINI (1970, Italy) is a US-based film director, writer and lecturer. He holds a Master in Media Studies from the New School University in New York.His Stop the Pounding Heart (2013) was screened in Rotterdam and Cannes. The Other Side (2015) was screened in the Un Certain Regard competition at Cannes. His documentary What You Gonna Do When the World's on Fire? (2018) will screen at IFFR 2019.