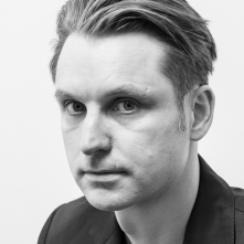 Rainer KOHLBERGER (1982, Austria) is a Berlin-based visual artist and designer. His work is based on algorithmically generated graphics. He converts these graphics into live performances, installations, films and mobile apps. In 2013, he won the Crossing Europe Local Artist Award for his video Humming, Fast and Slow (2013). Kohlberger's short film not even nothing can be free of ghosts (2016) was selected for a Tiger Award for Short Films at IFFR 2016.