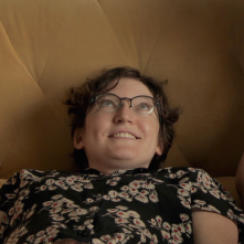 Rachel WOLTHER is a director and producer. Her work has screened at the Berlinale, Rotterdam and New York Film Festivals, among others. She has made several short films. In 2017, Wolther was named one of the 25 New Faces of Independent Film by Filmmaker Magazine. Snowy Bing Bongs Across the North Star Combat Zone (2017), with the Cocoon Central Dance Team, is her first feature film, co-directed by Alex H. Fischer.