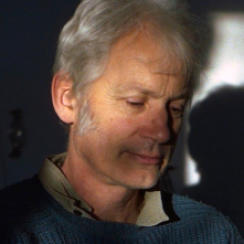 Paul BUSH (1956, UK) was educated in Fine Art at Goldsmiths College in London. He joined the London Film-makers' Co-op in the 1980s and has been producing experimental films ever since, which have been shown worldwide. His films cross the boundaries between documentary, fiction and animation. He has been teaching at renowned art and film academies since 2001. There have been retrospective programmes on Bush in Ghent, Turin, Bogota, Budapest, Montreal, Bristol and London. In 2012, IFFR screened his first feature film Babylon.