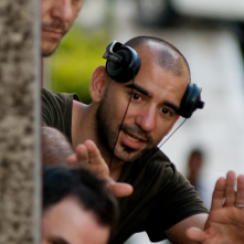 Pablo TRAPERO (1971, Argentina) studied architecture and film at the Universidad del Cine in Buenos Aires. His first feature, Crane World, won a Tiger Award at IFFR in 2000 as well as the FIPRESCI Award. While continuing to direct his own films, he established his own production company in 2002. His films have been shown and awarded at major international film festivals. The Clan (2015) won him Best Director at the Venice Film Festival.