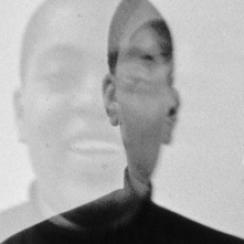 Onyeka IGWE from the UK is an artist, filmmaker, programmer and PhD researcher at University of the Arts London. Her video works have been shown around the world. Igwe studied for a Master's Degree at Goldsmiths College. In February 2017, she was selected as an Associate Artist at The Showroom as part of The Holding Space programme. Her short film the names have changed, including my own and truths have been altered won the 2019 Berwick New Cinema Award.