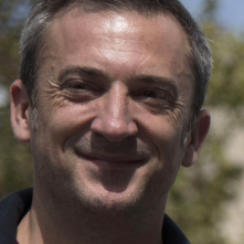 Olivier PEYON (1969, France) studied Economics in Nantes. He then returned to Paris where he started his film career as production assistant. He has also translated over 150 English-language films for French distribution. His second short Jingle Bells (1997) was selected for the 54th Venice Film Festival. After his first feature film Les petites Vacances (2007) he made two documentaries produced by France 5. His second feature film, the documentary How I Came to Hate Math (2013), was nominated for a César and won the Golden Owl in Bergen. Latifa, le coeur au combat (2017) is Peyon's first co-direction together with Cyril Brody.