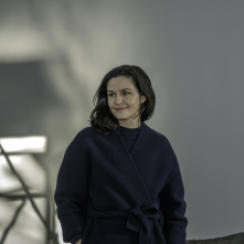 Mel O'CALLAGHAN (1975, Australia) received a BA in Visual Arts with Honours from the Sydney College of the Arts, and an MA in Fine Arts in Research from the College of Fine Arts, University of New South Wales in Sydney. She also has a BA in Science Architecture from the University of Sydney. O’Callaghan has had many solo and group exhibitions around the world. She lives and works in Paris, France.