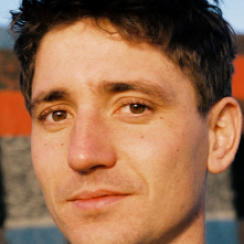 In 2013, Mees PEIJNENBURG (1989, Netherlands) studied at the Netherlands Film Academy, where he made his graduation film, Even Cowboys Get to Cry, which premiered at Berlinale Generations 2014 and went on to win several awards. His creative style experiments with different narrative forms, in which his distinct visual sensibility is a constant. His short film Wild Dog had its world premiere at IFFR 2015. Paradise Drifters is his first feature film.