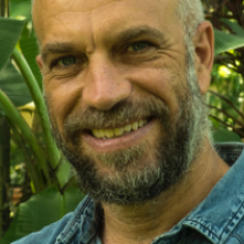 Mauro COLOMBO from Italy currently lives and works in Panama. He has a master's degree in Modern Literature, with a focus on human geography. After graduating, he worked as a director of photography throughout Latin America and many other countries in the world. Colombo made numerous short documentaries that aim attention at social anthropology and the relationship between human beings and nature. Tierra adentro (2019) is his documentary feature debut and won the Yellow Robin Award at Curacao IFFR 2019.