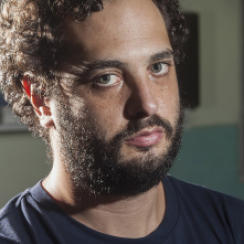 Martín KRAUT (1982, Argentina) received a bachelor's degree from the National College of Buenos Aires. He studied Photography at the Escuela Argentina de Fotografía and graduated in Film Directing from the Universidad del Cine (FUC). After finishing film school, he directed video clips and commercials and worked as an assistant director for several fiction films. He made his directorial debut with Que Miren (2012, short). His first feature, La dosis, has its world premiere at IFFR 2020.