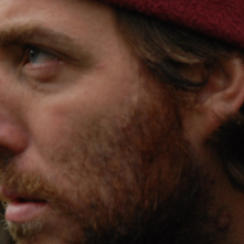 Mariano LLINÁS (1975, Argentina) is a filmmaker, screenwriter, producer and actor. His sister is the well-known Argentinian actress Verónica Llinás. He was educated at the Universidad del Cine in Argentina, where he currently teaches. In 2002 he became known through his documentary Balnearios. At IFFR 2017, La Flor (Parte 1)/The Flower (Part 1) (2016) was the winner of the Hubert Bals Fund Audience Award. That film, together with La Flor (Parte 2)/The Flower (Part 2) and La Flor (Parte 3)/The Flower (Part 3) combine to form Llinás's epic project. A film with a running time of 14 hours − the longest Argentine film in history.