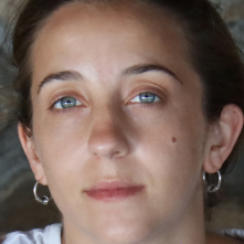 Manuela DE LABORDE is an artist from Mexico City. She studied Art at Edinburgh College of Art and received her master's degree in Film and Video from the California Institute of the Arts. In 2012 her solo show Maquettes was held at Generator Projects in Dundee and many of her short films have been shown at international film festivals. Her graduation film As Without So Within premiered in 2016 at Toronto International Film Festival. En la era has its world premiere at IFFR 2020.