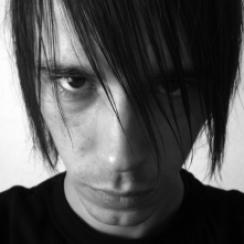 Manuel KNAPP (1978, Austria) works as a video and audio artist since 1990. He was educated in painting, graphic design, computer music and electro acoustic media in Vienna. Animations by Knapp, or more precisely 'simulations´, have been screened at film festivals all over the world. In 2001, Knapp founded the experimental noise group Mat, together with Arnulf Rödler.