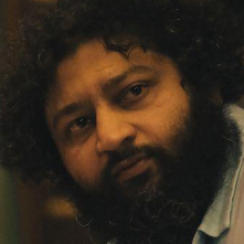 Lijo Jose PELLISSERY (1979, India) is the son of actor Jose Pellissery. He made his directorial debut with Nayakan (2010). His 2015 film Double Barrel received negative reviews, but is now considered a cult film by some. Ee.Ma.Yau (2018) won numerous awards, including the Silver Peacock for Best Director at International Film Festival of India. It was also nominated for the Golden Peacock for Best Film. Jallikattu (2019) won him his second Silver Peacock in two years.