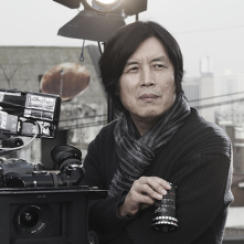 LEE Chang-Dong (1954,Korea) initially earned his living as a writer. He wrote and co-directed Park Kwang-Su's To the Starry Island (1994), and also provided the screenplay for Park's A Single Spark (1996). His feature debut Green Fish received an enthusiastic reception worldwide. His films have been screened and awarded internationally. From 2002-5, he was appointed Minister of Culture and Tourism in South-Korea. He is now making movies again, and teaches film directing and screenwriting at the Korean National University of Arts.