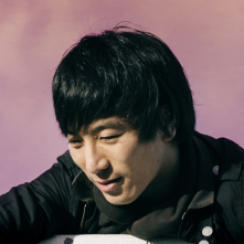 Based in London, Lawrence LEK (1982, Germany) is an artist working in the fields of virtual reality and simulation. He was educated at Trinity College, University of Cambridge, the Architectural Association in London, and the Cooper Union in New York. He creates site-specific virtual worlds and speculative films using gaming software, 3D animation, installation and performance. His work has been shown in exhibitions all over the world, and he has received several awards for his oeuvre.