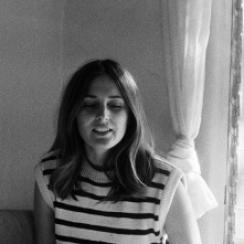 Laida LERTXUNDI (1981) is a Spanish filmmaker and artist who lives and works in Los Angeles. Her films mostly feature local people, landscapes and communities and are often shot on 16mm. Her work has been featured at film festivals, museums and galleries all over the world, including the Whitney Museum of American Art and the Tate Modern. She is also a programmer and teaches film and video at the ArtCenter College of Design in California.