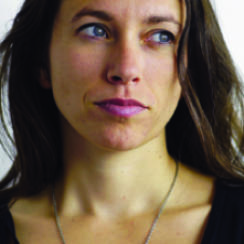 Léa TRIBOULET (1987, France) was born in Montpellier and studied scenography at Ecole Supérieure des Arts Décoratifs de Strasbourg. She has made several short films, which were shown at various international film festivals. In 2013, she joined the film.factory, led by Hungarian director Béla Tarr and housed at the Sarajevo Film Academy. In 2016, she released the short film The Brother, and is developing the script for her first feature film.