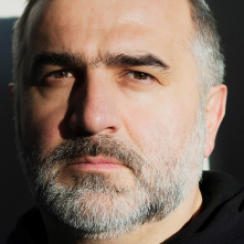 Konstantin BOJANOV (1968, Bulgaria) is a filmmaker and visual artist. After graduating from the National School of Fine Arts in Sofia in 1987, he received an MA from the Royal College of Art, London, and later studied documentary filmmaking at New York University. His career as an artist began in the early 1990s and his work has been exhibited internationally. His directorial debut was the short film Lemon Is Lemon (2001). Light Thereafter (2017) is his third feature film and premieres at IFFR 2017.